I may have over done the propagating

So the last post showed the set of echeveria comptons carousel. Those are not the only plants I've been propagating.  In fact there is one shelf in the greenhouse that looked amazing 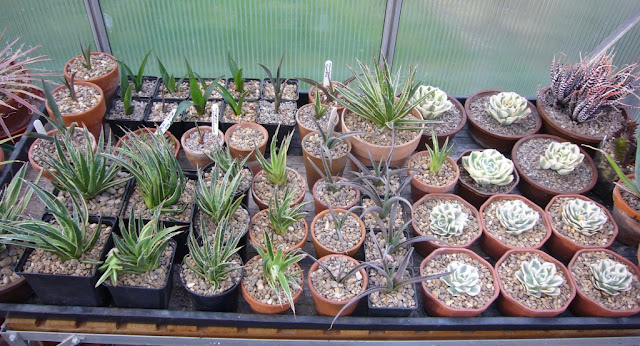 It was probably a bit of an ebayers dream, on the right we have the e. compton carousel, on the left agave filifera marginata. Probably not as commercial are the middle rows of mangaves.  These are the manfreda virginica x agave obscura produced by a friend and the one that flowered last year. Given that Paul died shortly after producing them and didn't give out many, that is probably 30 - 40% of all the ones in existance. The seedlings are coming along and are just hidden behind the larger agave filifera marginatas.  There are definitely at least two distinct types forming, so once they have grown a bit more I'll have to update the post on them. Then in the back are the manfreda gutatta bulbils.

The agave filiferas came from my large bowl. It had been left alone for two years and had got a bit out of control. 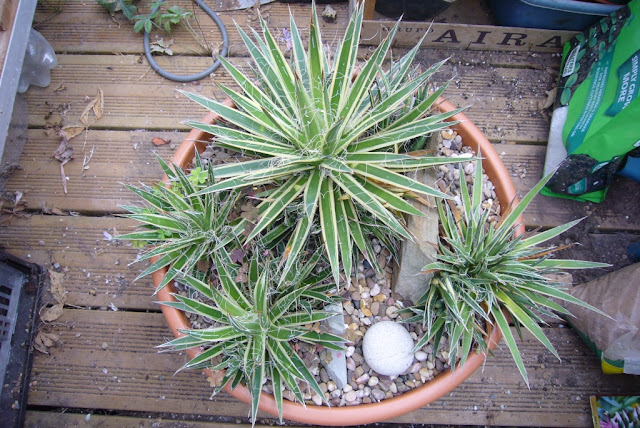 The main problem was the weeds growing up between the plants. It was getting too painful pulling them out, so time for a quick repot. 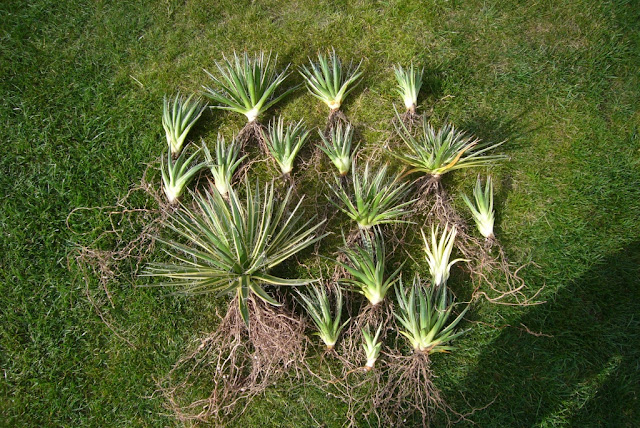 I have kept three interesting ones, the largest, a good medium sized and a very pale one. They should look great as a set once the smallest one has filled out a bit. I decide to keep them separate as the large one has turned in to such a feature plant it deserves to be displayed a bit more prominently. 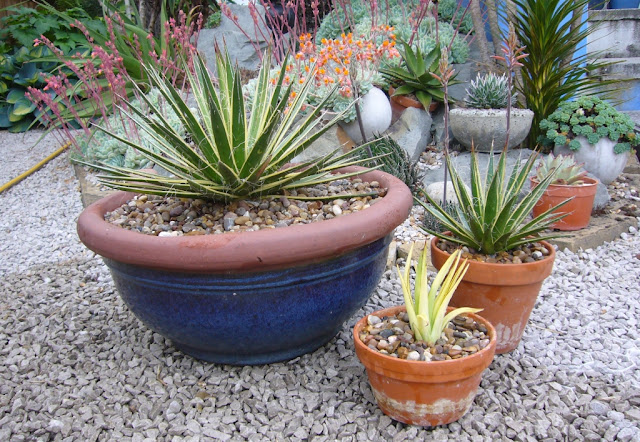 The sad thing is, on the other side of the greenhouse there are another two shelves full of gasteraloes, aloe vipers and more mangaves.  I think it is fair to say i have a porpagation problem. This was not all for nothing, I have realised I don't like selling plants on Ebay as it is a hastle, so instead prefer to sell / trade on mass. So during my trip to Norfolk I unloaded most of these. So now I have lots os space again.
Posted by Spiky Obsession at 18:46

Email ThisBlogThis!Share to TwitterShare to FacebookShare to Pinterest
Labels: Propagation