I mentioned in previous posts that the main succulent rockery needed a bit os a revamp, the post can be found here. At the time the rockery looked like this: 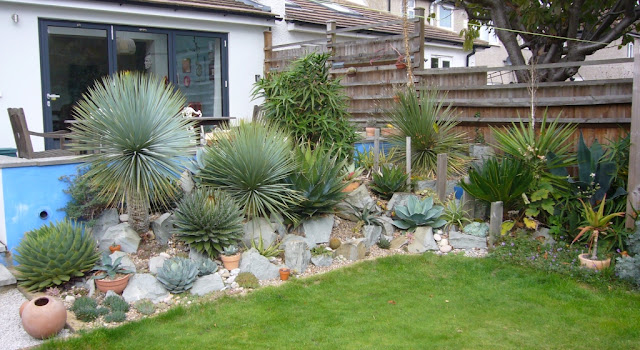 The agave salmiana had already been removed along with the other plants being dug out, or moved to other locations in the bed. The rock was ordered, set out and finally we had a break in the rain and it was possible to plant it up. First filling the gaps in the exisiting section.  Where the aloe striatula was we planted a catus, a trichocereus pachanoi. 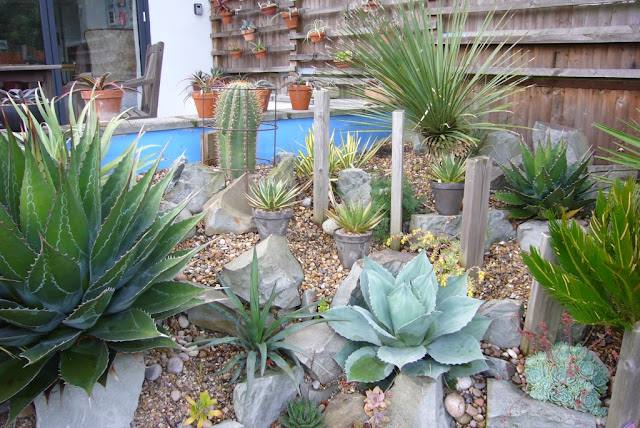 What looks like the wire cage around it, was testing out things that could be used to provide a cover for winter protection. There's still a couple of gaps to be filled, but they can be filled with pots until I decide what will fit.

Where the agave salmiana was there is now a little agave asperrima. My plant is only small so here is a photo of the mother plant at Crete Lodge. 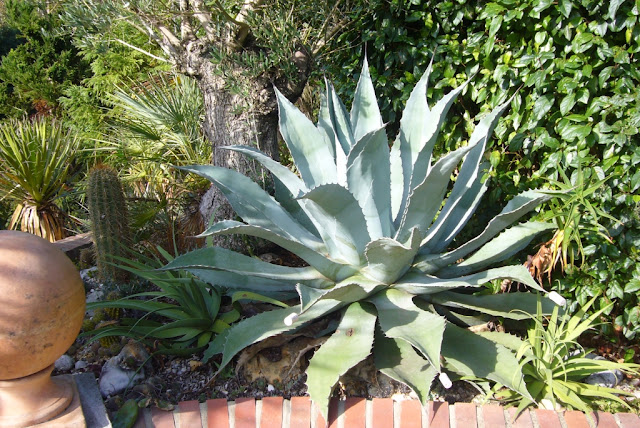 The new plants still need to fill out to make that section more balanced with the left hand side.

As you can see the aloe polyphylla is flowering nicely this year.

The other side of the railway sleeper is the new extension to the bed.  The first plants to go in were the aloe polyphyllas, just infront of the post you can see the one that has been planted.  In the pot next to it, is the tripple headed that will stay in the pot this year and be planted next year when better established.

The main plants in this section are the twin yucca rostrata. This looks so much better now it is in a gravel bed and can be seen more clearly.  A good trim helped as well. 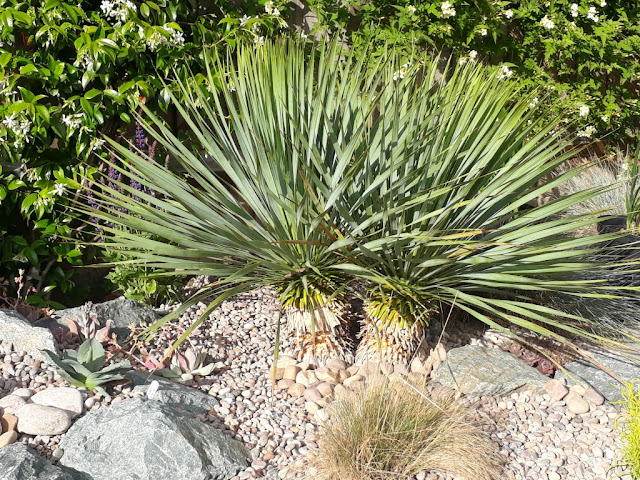 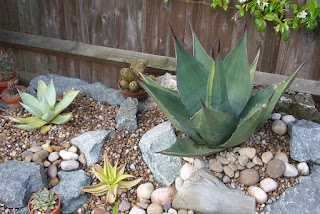 The second larger plant was suppose to be an agave montana. Again thanks to Melissa at Crete Lodge.  She found them for sale marked as agave montana, but they are obviously not pure montana, so either a hybrid or something totally different. Sometimes you find plants which are just being sold with the wrong name, and then you find plants which are just oddities. As we have no idea what it is, we have no idea how hardy it is, or how big it will get.  It all adds to the fun.

Also in the bed you can see the agave mitis var albicans.  This is a lovely form of A. mitis, much rarer and probaly not as hardy. It has been fine for me and as the idea will be to cover this bed to some degree I though it was worth a try.  The aloe saponaria variegata has proven hardy in the existing part of the rockery.

The other larger plants to go in here are the manfredas and in the future possible mangaves.  I have planted two manfreda gutattas as an initial test.  They have been fine cold wise when kept dry.   Plus with the flowering plant offsetting I have lots of them. 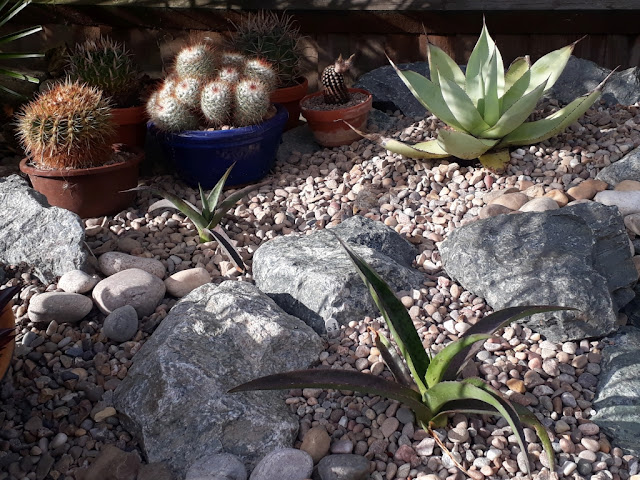 There are already quite a few smaller alpines mixed in, the great thing about rockeries is the play you canget between the plants and rocks. 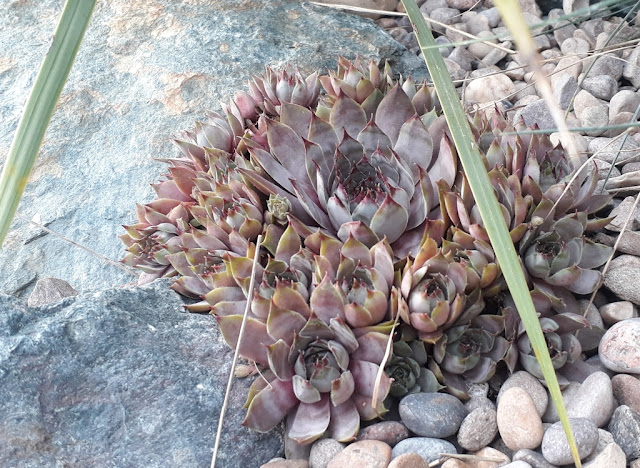 Lots of space to fill out, which this year will be filled with pots. 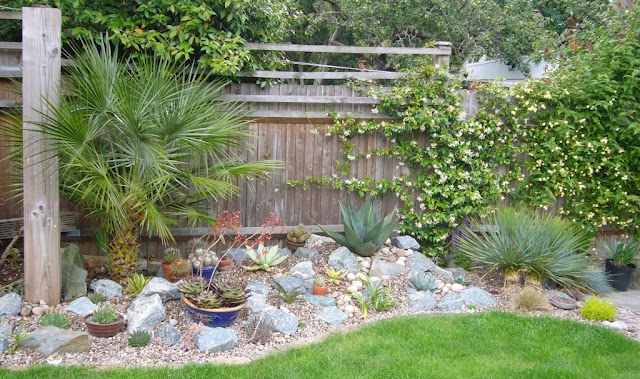 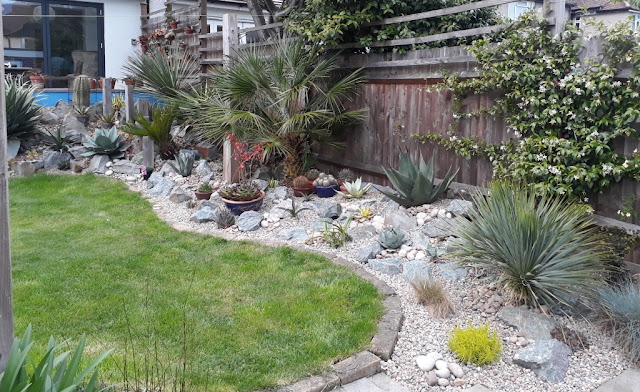 It all looks a bit small compared to the established parts, so you will have to imagine to picture it all equalled out in a few years time. I'm pleased so far and if it ever stops raining it will look great in the sun.
Posted by Spiky Obsession at 19:51