I've been taking lots of pictures of the agaves recently. From different angles, close ups, almost everything execpt the whole  plant. 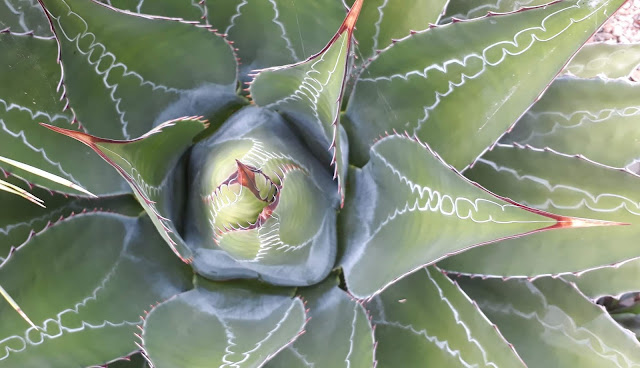 One of the sets of photos has been around the spines. At this time of year they are at their best. This agave parryi 1684 has a range of colours from yellow to almost black as they age. 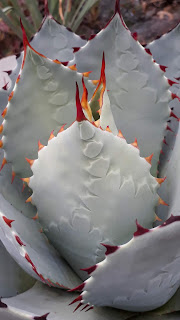 Looking at this photo the bud inprints really stand out. These depressions produced by the previous leaf before they unfurl, leaving the perfect impression of what is no longer there. 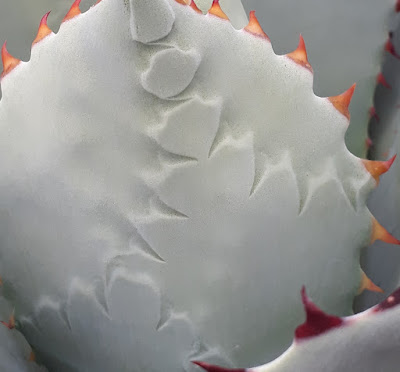 Not all agaves produce them and some are better than others. They come in different forms, the depressions like these, then there are some where pail powder hasn't formed as thickly like agave ovatifolia. 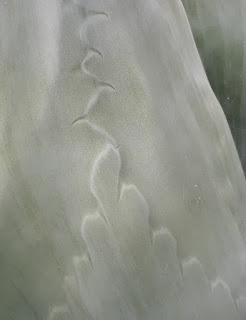 Combine the impression with a bit of powder and you get really defined inprint, like agave montana.

It gives a pretty special look to the leaves. 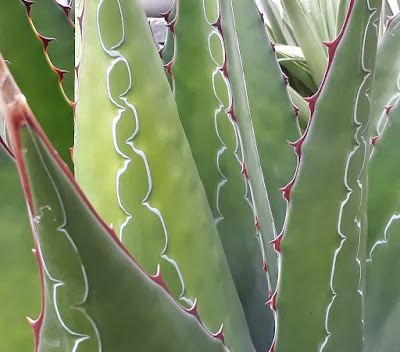 When the spines are more ornate the effect is even more special. 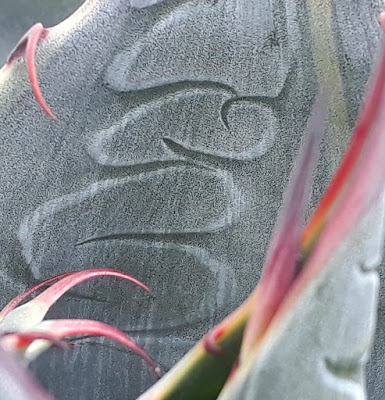 I believe in art they call it have a term negative space, and it's thought that the space left between what is draw / painted is as important as the what is marked.  It seems with agaves that the space left by what was there can be as dramatic.
Posted by Spiky Obsession at 22:23

Email ThisBlogThis!Share to TwitterShare to FacebookShare to Pinterest
Labels: Agave