One of the more drastic methods to propagate agaves is called coring.  This involves damaging the growth tip forcing it to produce multiple heads.  There are several methods, the most common being to cut the growth point out, or to cut the plant in half. I have always wanted to try it, but never had a suitable plant until this summer.  Then along came this agave filifera, with very lopsided variegation. 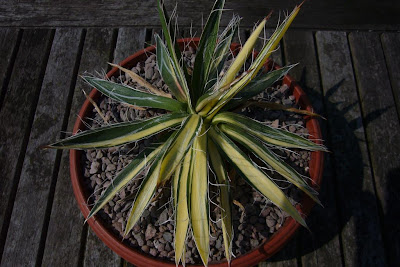 It was starting to distort and didn't look great, so seemed a suitable subject.  The top was cut out and the variegated leaves removed.  A first attempt was never going to go 100% smoothly, but the actual coring could have gone better Too much was taken out leaving only a few leaves. 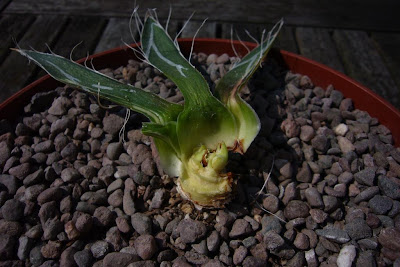 The photo above was take after a few weeks. Already new plants are forming.  A month or so later and it is starting to become clear that one has good variegation and the other less so. 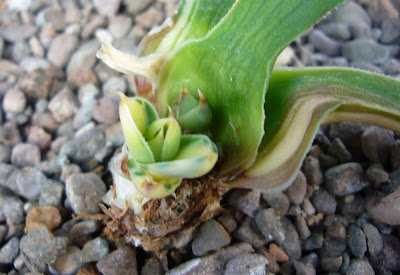 A few weeks after that and they are really starting to take form.  The variegated one looks really good, with the other looking almost pure green.  There are also a couple of small ones starting to form in the middle. 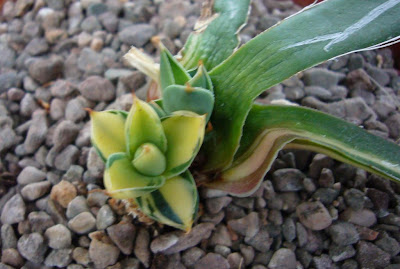 More of a long term project this one, by the end of next summer the full results should be in. If nothing else at least there is one good variegated plant. I would be willing to try it again, taking a little more care with the cutting this time.
Posted by Spiky Obsession at 23:05